An earlier article discussed the ABLE Act that was signed into law in 2014, which permits disabled individuals to create savings accounts and set aside monies for their needs without disqualifying them from public benefits.  Three different pieces of legislation were then proposed in the House to modify some of the provisions of the ABLE Act.  Corresponding legislation was introduced in the Senate and referred to the U.S. Senate Committee on Finance.  The Senate Finance Committee has approved two of the bills, but the third bill, which would raise the age of eligibility to 46 from 26, was not discussed.  Many groups are upset that the ABLE Age Adjustment Act was omitted and may oppose all of the bills in an effort to have the age limitation bill revisited.  The bills still need to wind their way through the procedural process, but certainly there are various negotiations occurring behind the scenes and hopefully resolution is on the horizon.  In the meantime, implementation of the ABLE Act is in full force around the country.  #specialneeds #ABLEact #estateplanning @bgnthebgn

In addition, as was predicted, a battle has erupted between the nursing home industry and the Centers for Medicare and Medicaid Services (“CMS”) over the final rule issued by CMS that bans the use of binding pre-dispute arbitration agreements by nursing homes that accept Medicare and Medicaid patients.  The American Health Care Association along with four long-term care providers filed suit against the Health and Human Services Secretary and CMS arguing that the agencies overstepped their authority in issuing the rule.  They are seeking declaratory and injunctive relief to prevent the rule from going into effect on November 28th.  Many will follow this case closely as the final rule, as issued, will have quite the impact on the nursing home industry, the patients and their families if it takes effect.  Thus, stay tuned for further updates as the lawsuit moves forward.   #elderlaw #elderabuse #nursinghome #arbitrationbanned @bgnthebgn 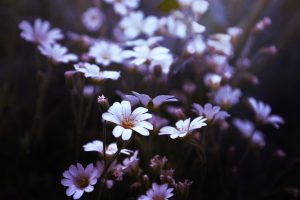 The District of Columbia is considering enacting the Death with Dignity Act (the “Act”) that would allow terminally ill individuals with six months or less to live the ability to receive a lethal dose of medication and end their life.  Several procedural steps lie ahead for the Act now that the D.C. Council has voted to place the Act on the legislative agenda for an upcoming meeting.  However, it is unclear whether there is sufficient support for the Act to be made into law.  Arguments in favor of the Act revolve around giving an individual control over how and when they choose to die, but advocates against the Act are concerned that individuals’ lives will be prematurely terminated.

The Centers for Medicare and Medicaid Services (“CMS”) recently issued a final rule banning the use of binding pre-dispute arbitration agreements by nursing homes that accept Medicare and Medicaid patients.  Such arbitration clauses are typically found in the admissions agreements between a new resident (or their family) and the nursing home, but are very often overlooked.  The result of this new rule is that families who have an issue with a nursing home regarding care, abuse, and the like, can now sue in court to have their case heard versus having to go through a binding arbitration process. 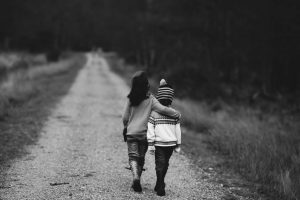 The National Academy of Elder Law Attorneys (“NAELA”) has designated October to be National Special Needs Law Month in an effort to educate individuals with disabilities, families and caregivers about what is encompassed in the realm of special needs.  For example, topics such as guardianship, conservatorship, powers of attorney, Medicare, Medicaid and special education will be addressed by professional advisors throughout the country.  Local resources such as Commonwealth Community Trust and The Arc of Northern Virginia and more national resources such as Special Needs Alliance may hold special awareness events and have resources available for review.  Designating a month is an opportunity for individuals with disabilities, families and caregivers to develop their knowledge of available options and emphasizes the importance of speaking with the appropriate professional advisors.  Below is a selection of earlier articles discussing a few topics involving special needs planning.  #specialneeds #specialneedsplanning #estateplanning @bgnthebgn

The Able Act – An Additional Resource for Families and Advisors

How Divorce Can Impact Your Estate Plan – Special Needs

Changes to Virginia Laws Impacting Seniors and the Disabled

Changes to Maryland Laws Impacting Seniors and the Disabled