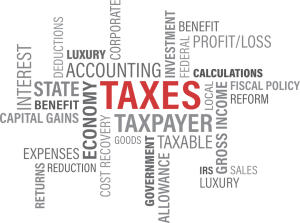 Earlier this month the IRS issued IR-2017-16 to provide taxpayers with information regarding refunds.  In particular, the IRS was interested in debunking a few myths that may be circulating out on the internet about refunds.  First, the IRS has indicated that the statement “all refunds are delayed” is false.  More than 90% of refunds are issued within the normal timeframe, which is less than 21 days.  However, some refunds may be delayed including for those taxpayers claiming the earned income tax credit (EITC) or the additional child tax credit (ACTC).  Delays for refunds on those returns are until mid-February.  Other refunds may be held because of increased security to reduce and prevent identity theft and refund fraud.

Second, the IRS has indicated that either calling the IRS or the individual’s tax advisor is not the best way to determine the status of a refund.  Instead, taxpayers should go online to “Where’s My Refund?” or use the IRS2Go mobile app.  The IRS will update the status of refunds once a day, which is typically done overnight.

Next, the IRS stated that ordering a tax transcript will not help taxpayers determine the statue of a refund.  The tax transcript may not contain any relevant information as to the amount or timing of a refund.  Additionally, the IRS reminded taxpayers who have claimed either EITC or ACTC that the projected deposit dates will not be available under after February 15th.  So, even if a taxpayer claiming those credits checks online for the status of his or her refund, no information will be available until later in February.  The IRS published “What to Expect for Refunds in 2017” for additional information.

Finally, for those claiming either EITC or ACTC, the entire refund, not just the portion associated with the credits, will be delayed until after February 15th as dictated by law.  Again, the IRS directs taxpayers online to “Where’s My Refund?” or the IRS2Go mobile app for status updates on a refund.  #taxseasonishere #taxplanning #whereismyrefund @bgnthebgn