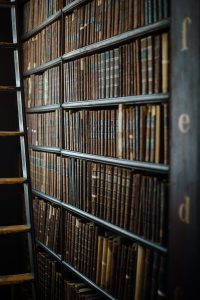 An earlier article talked about the Virginia Supreme Court case of Thorsen, et al. vs. Richmond Society for the Prevention of Cruelty to Animals (RSPCA) that was decided in June of this year.  Thorsen involved an error in the drafting of a Last Will and Testament that resulted in the intended beneficiaries receiving a fraction of what they would have otherwise received.  Those intended beneficiaries sued for legal malpractice.  The Virginia Supreme Court found that a third-party beneficiary who is ‘clearly and definitely’ the intended beneficiary of a contract (even one where no written agreement exists) may sue to enforce its rights derived from the contract even though the third-party beneficiary may not know it is a beneficiary for many years (as is the case in most estate planning documents).  The impact of Thorsen on individual clients and estate planning attorneys was wide spread, although clients may not have directly been aware that they were being impacted.

Now, as was suggested would be the case, proposed legislation will be presented to the Virginia General Assembly in the 2017 Session that will look to address the concerns raised as of a result of the Thorsen case.  In particular, a proposed amendment to Section 64.2-520 of the Virginia Code would clarify that an action for damages based on legal malpractice involving an estate plan “shall accrue upon completion of the representation in which the malpractice occurred.”  Furthermore, only the individual client, his or her legal representative (in the case of incapacity) or the personal representative or trustee (in the case of death) can bring the action.  The action for damages must be brought “within five years after the cause of action accrues”.  The proposed legislation, if passed, would not take effect until July 1, 2017.

Furthermore, a new statute (Section 64.2-404.1) is being proposed that would allow for the court to reform a Last Will and Testament to reflect the individual client’s intentions, provided clear and convincing evidence of intent are presented and the terms were impacted by a mistake of fact or law.  This new statute would also permit reformation of a Last Will and Testament to achieve an individual client’s tax objectives.  The reformation action must be filed within one year of date of death and notice must be provided to all interested parties.  The proposed legislation, if passed, would take effect on July 1, 2017.

Ultimately, the proposed legislation is meant to apply similar rules to wills that are currently applied to trusts under the Uniform Trust Code.  The expectation is that by passing these statutes, the overall chilling impact the Thorsen case had on the estate planning process is overcome, and attorneys and clients can return to having an attorney-client relationship without having to watch out for disgruntled beneficiaries.  The estate planning process can be difficult enough for individuals to begin without having both the attorney and the client leery of unintended consequences.  However, at this juncture, only time will tell whether the General Assembly passes the legislation.  #estateplanning #estateadministration #Thorsen @bgnthebgn